New Zealand were disappointing as they finished fourth in the Hamilton series. The Clark Laidlaw led All Blacks stated very well, winning three games on day one. However, they could not maintain consistency as they failed to convert their opportunities. They lost 14-12 to Fiji, who went on to win the series, in the semi final. The NZ team also lost the third place playoff against Australia after a last play penalty. The inaugural sevens tournament had its teething issues as fans waited for longer than usual for their drinks. The fans were also left frustrated due to a meltdown of the electronic bracelet payment system on day one. The off the field issues were accompanied by the NZ side on the pitch troubles. Aside these, the Hamilton Sevens was a very decent one for an inaugural event. They would have to maintain the tempo for many more years though.

The team is going to play against Japan this week in an international series as part of the preparation side for the ‘Gold Coast 2018 Commonwealth Games’.

This tournament of two days will also prepare the team Australia side for the HSBC Sevens World Series of 2017/18 as well as for the Sevens World Cup, which will hold in 2018 in San Francisco.

At the end of July, the Premiership Rugby season of 2017-18 will start in spectacular style at Franklin’s Gardens, with the Singha Premiership Rugby 7s. Wasps will start the match to defend their title at 6pm on 28 July, with the first match starting the 7s off with a bang – they will compete against former winners Newcastle Falcons.

Lee Blackett is the coach for the Wasps team, and when he was contacted for his view over the game, he said, “With the Singha Premiership Rugby 7s Series, the event has got a great start.” 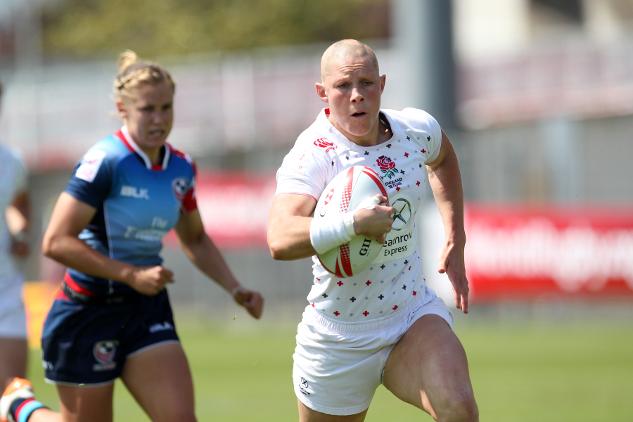 Tom Mitchell, England’s Sevens captain is hoping that he and his team mates can improve on their eight position in the series last year, as the World Rugby Seven Series will be kicking off this weekend in Dubai.

Mitchell is still a bit buoyed, after he had led Great Britain Rio to a silver medal during the Rio Olympics, after losing in the final to Fiji.

The Rwanda national rugby team will be taking part in the Safari Sevens tournament after a two year hiatus. They are looking to make the most of this opportunity and…

Grand Prix Entertainment are be moving towards gaining a superior position in Professional Rugby 7s, with the acquisition of the AR7s. The rights that the organization has acquired include several tournaments being organized by them such as ‘Halloween Sevens‘ in the state of Florida.

Grand Prix Entertainment is a company based out of San Francisco, who announced their intention of consolidating the small-sided rugby market by acquiring American Rugby 7s. The already own the Grand Prix RFL.

The 2016 Rio Olympics gold medal winning men’s rugby team from Fiji received a rousing welcome on their return form Brazil. They received a hero’s welcome back when they touched down on home soil.

There were thousands of fans lined up in the streets of Nadi to catch a glimpse of the rugby sevens team that made their nation proud. These players have put Fiji on the Rugby sevens map.